The mobile wheelset scale is used for measuring and assessing of wheel loads / vehicle weights. It can be used for different track gauges.

The system comprises four identical measuring beams fitted with a slewing undercarriage. Without any load, the scale can be moved along the rail track.

Each measuring beam has two separate load measuring subsystems. These subsystems comprise three precision load cells each. For the measuring process, the wheels rest on the flange. A leveling arrangement is used to adjust the hardened contact for a few tenth of millimeters while under load. 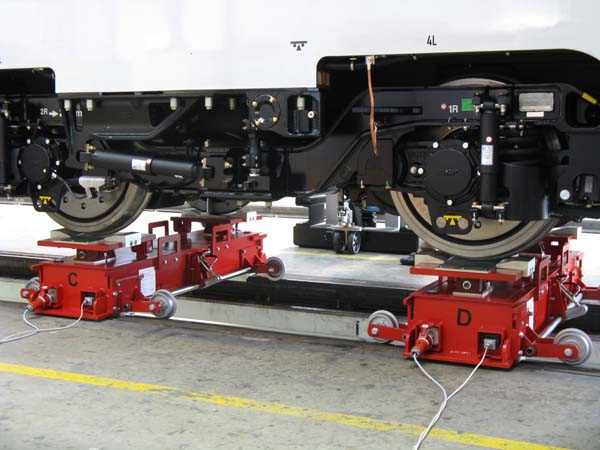 This allows for highly precise assessment of wheel forces from which the resultant data for axle load, bogie load, vehicle gross weight and possible deviations are automatically calculated.

The mobile wheel scale features a comprehensive visualisation with complete plus protocol print-out. The data are compiled such that they can be used for further processing in a company’s QM system. 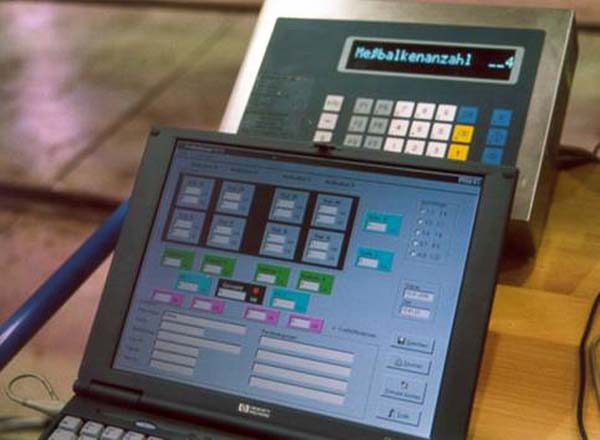